Great success for the 2nd edition of the HOREX Days

More than 4,000 visitors from all over Germany, Austria, Switzerland, Italy and France – the large majority on two wheels – went on pilgrimage to the 3C-Carbon Group AG plant in Landsberg am Lech where the new HOREX VR6 are made.

This year the HOREX-Days had more activities for the public that last edition, starting from the musical performance of the Heimatdamisch. The band, who played cover of famous rock hits in Bavarian´s stylishness, created the proper sound track of the event and a great party atmosphere. However, the most appreciated music was the concert created by the VR6 engine in the fleet that were available for the test ride session. The current HOREX model range, including the last-born VR6 RAW was on the road the whole day without a break in order to satisfy the great demand recorded again this year.

No less interesting was the exhibition of most significant models of the Horex history, from the 1939 SB35 to the first and second series of HOREX Regina 350 and 400 as well as the twin inline engine Imperator 400. The HOREX-Village was the beating heart of the event. Participants have took a selfies in a photo shooting corner setting with a special equipped HOREX VR6 Raw, took a look at the latest collection of Horex clothing and merchandising and tasted gourmet quality dishes based on the best tradition of Bavarian cuisine. Last but not least, the high-class cocktail lounge with a selection of classic icy alcohol-free cocktails to beat the hot temperature of this late-summer day.

Special thanks go out to all two-wheel enthusiasts who came to Landsberg am Lech in such large numbers and made the HOREX-Days a memorable day. The preparation for the third edition is already underway… 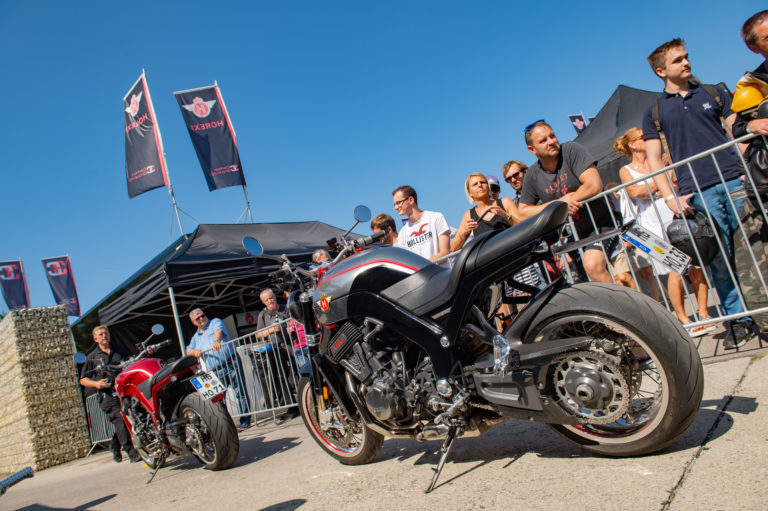 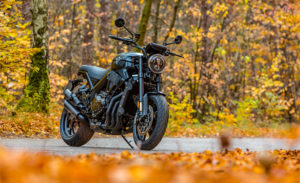 2nd edition of the HOREX-Days – the countdown is running
Menu