After the successful presentation of the brand-new HOREX VR6 Silver Edition in September 2015, the sister model – the HOREX VR6 Black Edition – is now approaching the starting line. After its baptism of fire at the world’s largest motorcycle show, the EICMA in Milan, the pure single-seater will be on German soil for the first time. It will be in the spotlight at the Custom Bike Show in the Bad Salzuflen Exhibition Centre from 4 to 6 December 2015. Sales will start at the same time.

Shiny silver is now following the black attack. After the successful return to the motorcycle market, things are coming fast and furious from the revamped HOREX. After kick-off with the hugely successful VR6 Silver Edition, now comes the next highlight – the VR6 Black Edition. The difference: the new model is a pure single-seater and can therefore be optionally ordered with a cafe racer handlebar configuration. Otherwise, it also combines understatement with cutting-edge technologies and a unique lightweight construction concept.

After taking over the traditional brand, only a few components remained from the previous VR6,including engine, fuel tank, swing arm and frame; nevertheless, all the parts have been revised very extensive. The characteristic unique selling point of the HOREX continues to be the exceptional 1.2-liter six-cylinder engine in VR technology; since its revision, its power development is much more harmonious and homogeneous. The peak power is now 170 hp (125 kW) at 9,300 rpm, and the maximum torque is 138 Nm. The drive thus turns out to be very strong in all speed ranges. “But we do not define ourselves primarily according to power,” says Managing Director Karsten Jerschke. “The main focus was on improving the drivability of the cycle, which is as unique as the VR6 itself.”

Top level manufacturing at 3C-Carbon in Landsberg am Lech

The outstanding lightweight competence of the 3C-Carbon Group appears in the VR6 models amongst other parts in the complex lightweight construction of the rear frame This has been completely realised in from of a highly stable, structural carbon fibre base. The seat is made of genuine saddle leather, including the embossed HOREX logo. Overall, the new bike weight is a whopping 35 kilograms less than its initial version.

In the Black Edition, the 3C-Carbon development team presented a further technical highlight in the form of the completely newly designed carbon fibre-reinforced plastic control head frame, which makes a significant contribution to further reducing the weight by more than five kilograms.

Karsten Jerschke: “A HOREX is made for people who love sophisticated technical solutions. In the new models, we show what 3C can do.” In the competence field of lightweight and carbon composite technology, the 3C-Carbon Group AG is an internationally recognised company that embodies a claim to leadership in its excellence in materials, design and quality.

Along with its sister model, the special HOREX VR6 Black Edition is already available in a limited edition of 33. The retail price is 68,500 euros. Interested customers can sign up before the end of the year at www.horex.com. The special Silver Edition was sold out within a few days.

Both limited editions give an initial glimpse of the first production models, which go on sale in the spring of 2016. They will be based on the limited editions and will cost 35,000-40,000 euros. 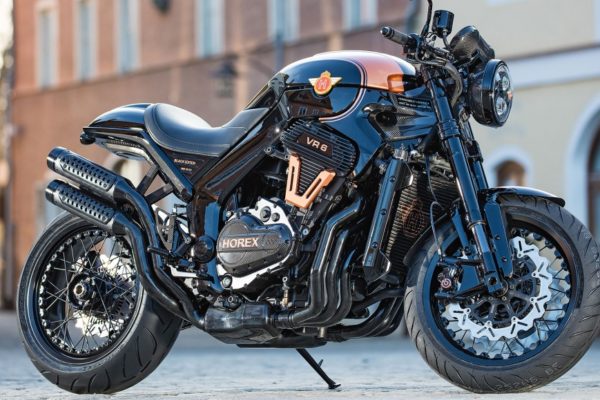 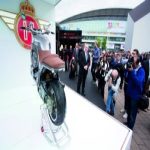