On the occasion of the extremely successful SNOWDANCE Film Festival being held in Landsberg am Lech from 29 – 31 January, HOREX is presenting a special one-of-a-kind bike: the HOREX VR6 SNOWDANCE.

The SNOWDANCE Independent Film Festival is being held again this year for the third time in Landsberg am Lech, a festival for film makers from all over the world that is one of a kind as well. HOREX is on board as one of the main sponsors of this independent film festival along with SKY, Paulaner and a few other firms. It was initiated by actor Heiner Lauterbach and director Tom Bohn and is where the “HOREX Award for the Best Director of the Festival” is presented.

“HOREX meets Landsberg” is the slogan for the first-ever showing of the new HOREX VR6 in Landsberg. At the film festival, HOREX and 3C-Carbon Group AG will be providing a special look at the new high-end product from Landsberg am Lech to interested Landsberg residents and the many celebrities attending, including Heiner Lauterbach, Til Schweiger and Hannes Jaenicke.

The dazzling white guest of honour is to be unveiled on the evening of the film festival premier: the unique HOREX VR6 SNOWDANCE. The HOREX team has crafted an incredibly special motorcycle especially for the film festival. The firm has produced another real eye-catcher and demonstrated its capabilities in giving the bike a beautiful white-crystalline paintjob that glitters in the sun like fine newly fallen snow. 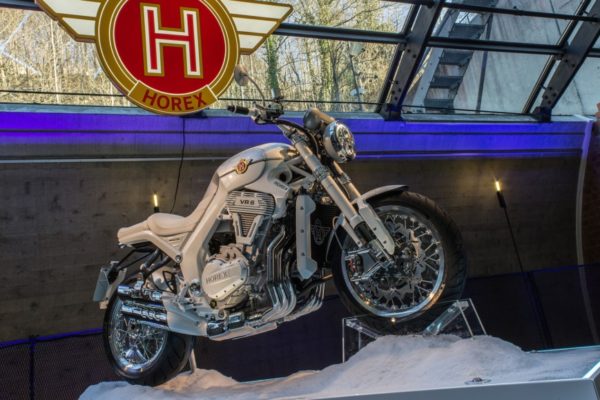 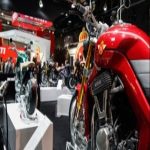