Saturday, 27 August 2016 was finally the day: HOREX Motorcycles GmbH celebrated the opening of its first flagship store in Bad Homburg in style. A range of models including the most recent VR6 series is now available in the just-completed premises in the town with such a history for the brand.

“It’s very important to us that we were able to open our first store on the site of the former Horex plant,” said CEO Karsten Jerschke in front of around 100 invited guests, including famous entertainment figures, selected media representatives as well as major partners and suppliers. Directly across from the Horex Museum – at Horexstraße 3 – Jerschke also unveiled the first new production engine in the striking new brick building, saying: “Production officially starts right now; this is the engine as it will be installed from now on.” Renowned company HWA AG, which is also responsible for the use of Mercedes factory machines in the DTM, played a major role in its development. To the joy of HOREX representatives, HWA founder Hans-Werner Aufrecht, a legend in high-performance engine construction and motorsports in general since the time of AMG, found time to take part in the opening in Bad Homburg.

Bad Homburg mayor Alexander Hetjes isn’t just pleased that the brand is returning to its roots in Bad Homburg. “With the lovely museum across the street we have addressed our past, and now as the home of HOREX we can look towards our futures. They have my respect for taking on the entrepreneurial risk involved. In any case, you can already see the long-term nature of the project,” he finished, saying that he could even imagine future series production of the new HOREX VR6 Classic and HOREX VR6 Café Racer in Bad Homburg.

Both CEO Karsten Jerschke and well-known development partners used their statements during the ceremony to highlight the exceptionally-committed cooperation and impressive results that had been achieved. “The instrument cluster that we developed for HOREX, with these innovations, this is something new,” said Bernd Neitzel, Managing Director of Continental Engineering Services (CES). “I know that our phones will be ringing very soon.” Jerschke announced further innovations for the near future, saying, “we will make it clear that, with our reborn brand, we are still at the technological leading edge.”

A similar sentiment was expressed by Bernhard Bihr, CEO of globally-active Bosch subsidiary Bosch Engineering GmbH (BEG), which is responsible for the ECU (control unit) and therefore the central electronics and the’ “brain” of the new HOREX: State-of-the-art electronics with extensive comfort, safety and environmentally-friendly features make for an unusual product – the HOREX VR6 is once again establishing a new standard.

The HOREX flagship store is open from now until the end of 2016 on Fridays from noon to 8 pm and on Saturdays from 10 am to 6 pm. 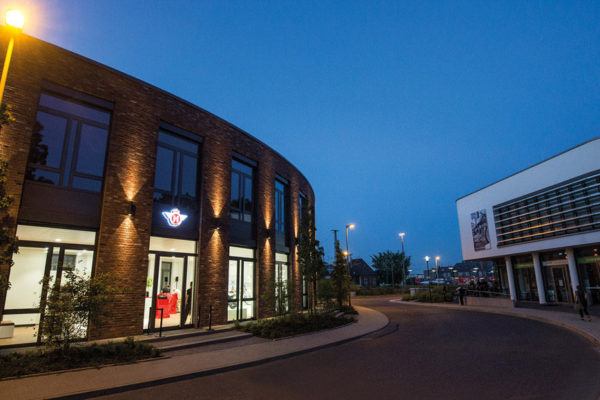 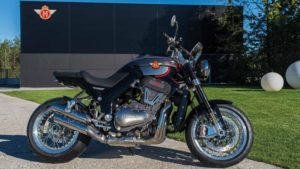