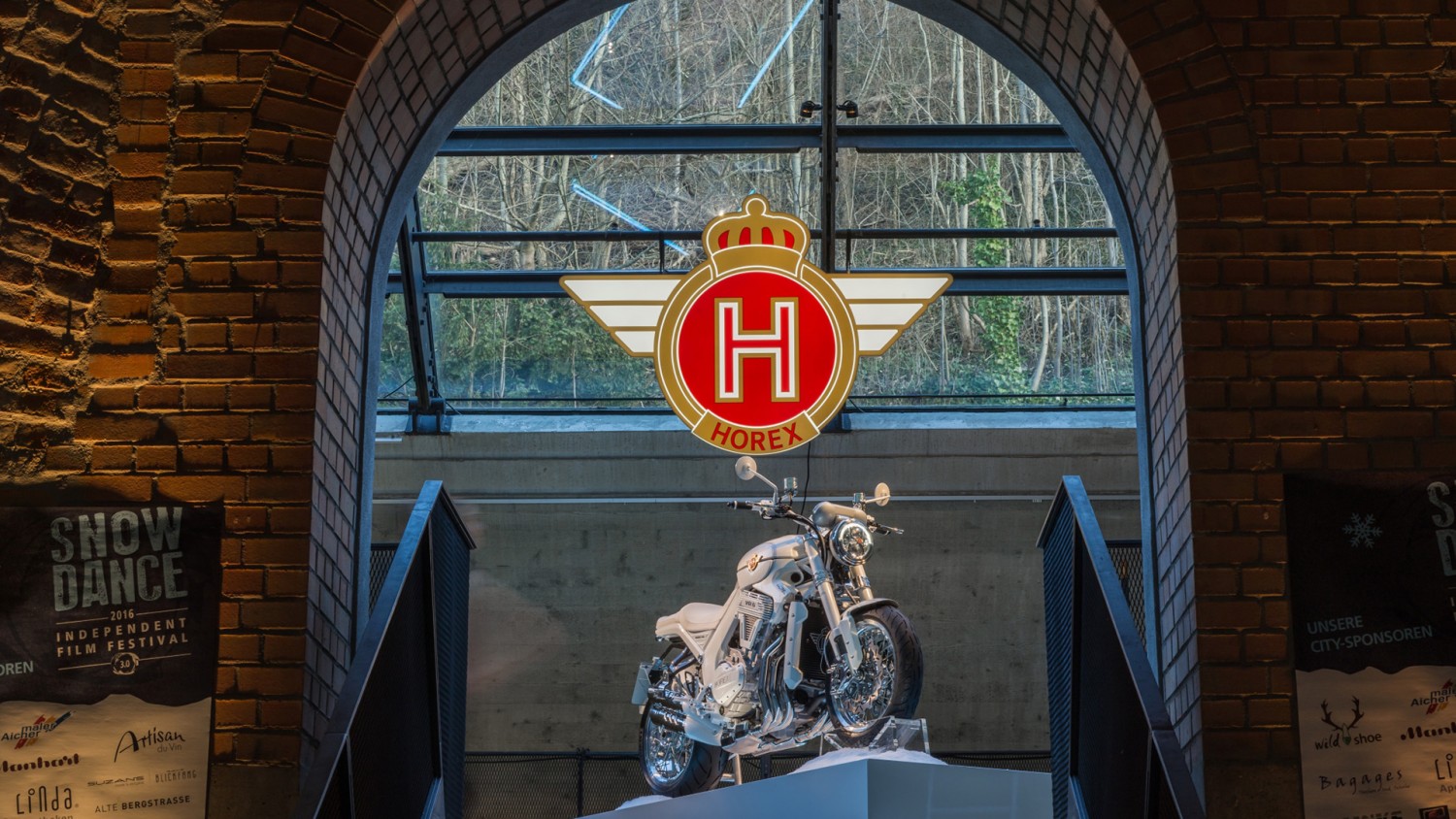 To mark the occasion of the SNOWDANCE Independent Film Festival in Landsberg am Lech, the HOREX team has created two very special motorbikes: the HOREX VR6 SNOWDANCE #1 (2016) and SNOWDANCE #2 (2017) show bikes that bear the festival’s name.

With a special crystal-white finish that glitters in the sun like the finest fresh snow, HOREX created an eye-catcher like no other in 2016. The many Landsberg residents who attended the Snowdance première were certainly excited…

In 2017, HOREX is paying tribute to the “burning enthusiasm” of the entire city of Landsberg am Lech at the SNOWDANCE Film Festival with a second extravagant special model: the Snowdance #2 / “Fire on Ice”. Even if nobody is thinking of “extinguishing” the excitement, the Snowdance #2 is equipped for all contingencies.

The HOREX VR6 SNOWDANCE models are not-for-sale unique pieces that were designed and presented to mark HOREX’s involvement with the independent film festival, which was founded by actor Heiner Lauterbach and director Tom Bohn.